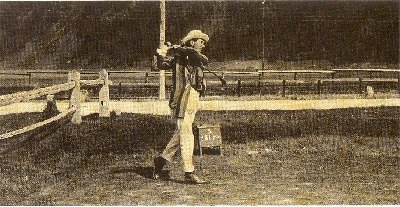 "Gannon, [James] Peter [Pedro] (1874-c.1940), Roman Catholic priest and golf course architect, was born in Buenos Aires, the ninth child of Patrick Gannon (c.1820-1895) of Clara, Co. Offaly, and Elizabeth Walsh (d.1913). In 1901 Peter Gannon was ordained a priest in London, and was appointed secretary to Dr. Graham, bishop of Plymouth. In 1908 Gannon was runner-up at the South of Ireland championship at Lahinch, and the next year he was asked to redesign the Old Course at Karlovy Vary, Carlsbad, after winning the championship of Austria. In 1910 left-handed Fr. Gannon won the French and the Italian amateur championships. He abandoned the religious life and in 1912-1913 settled in St. Moritz, Switzerland, and got married. Peter Gannon won the amateur championships of Switzerland in 1911 and 1923, and the amateur golf championship of Italy. In 1923 Gannon was responsible for the golf course of the Engandine Golf Club, where the members used to call him "Peter the Great".

But his long-lasting contribution has been the design of first-class golf courses in Europe, South Africa and probably in Argentina, among them, Milano (1928), San Remo, Villa d'Este, and Florence in Italy, Baden-Baden in Germany (1927), as well as others in Switzerland, France, and South Africa. He moved to South Africa and died in or about 1940.( this is an extract from the text published by Edmundo Murrays on http://www.irlandeses.org/dilab_gannonp.htm )" 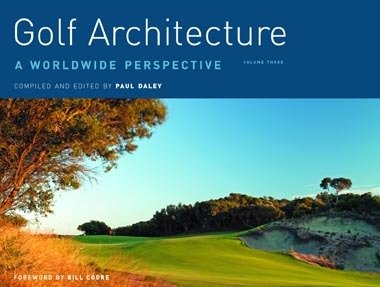 Paul Daley has gathered a contemporary, international assessment of the golf-course architecture industry, through which its principles and practices are examined. For example, how a course routing engenders rhythm and flow; course restoration and renovation; the benefits of par-seventy layouts; if, when and how a dogleg hole is bunkered; and how a da Vincian theory helps us better understand visual stimulation, as it applies to the successful laying out of golf holes.

To complement the rich array of technical, engineering and problem-solving-based essays, readers encounter a balance of teasing, esoteric treatises. The concept of ‘golfing fairness and luck’ will surely tug at the heartstrings. After all, architects play golf, too, and are not immune to the influences and frustrations that wed golfers at the hip. Another essay squarely poses the question: have golfers become too soft and pampered?

The demand for course reviews is high, and with a smorgasbord of new and relatively new courses featured, namely, Bandon Trails, Barnbougle Dunes, Blackhawk, Cape Kidnappers, Friar’s Head, Port Bouvard, Sand Hills, St Andrews Beach, Sutton Bay and The Sands Torquay, there is much to enjoy through the cool thoughts and heated passion expressed in Golf Architecture: A Worldwide Perspective.